EU-Africa Relations and Future Challenges: Closing the gap between rhetoric and reality?

Over the past two centuries Africa played a very important role for Europe and viceversa; albeit for different reasons, this will be the case also for the coming decades. The European Union and its Member States can hardly ignore this continent: not only is it just across the Mediterranean sea, but it has - and will continue to have - the youngest demographic profile in the world, while European population is increasingly ageing and diminishing in size.The recent migratory crisis shows blatantly that what happens in apparently remote areas of sub-Saharan Africa can have an impact on European domestic politics, by influencing partisan competition, and triggering new dividing lines in our political systems. Furthermore, like in the case of the Ebola pandemic, geopolitical turmoil taking place somewhere in the Horn of Africa or in Central Africa cannot be sealed-off easily. In an increasingly interdependent world, the future of European democracy also depends on how we interact with countries outside of Europe, and Africa – let’s not forget it - is a very close neighbor.
Against this backdrop, the workshop intends to discuss recent developments in four major policy areas that appear crucial for the future of EUAfrica relations, particularly for the political implications at the supra-national, and the national levels of government. The four areas are: security, migration, trade and development cooperation. In addressing the main issues that are at stake in each of these fields the core question that needs to be investigated is the following: is the EU effectively pursuing a forward-looking strategy aimed at establishing a mutually –reinforcing partnership, as reflected in the official discourse? Or, has the EU been trapped – in spite of its commitments - in a backward-looking strategy, that still reflects the asymmetrical relations typical of colonial times, and inadvertently favors the position of emerging illiberal powers? 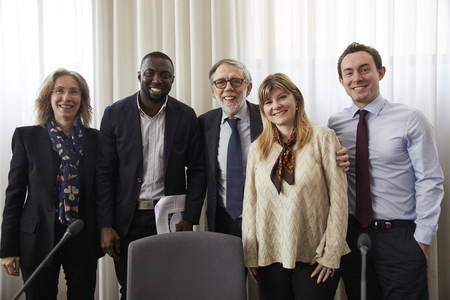